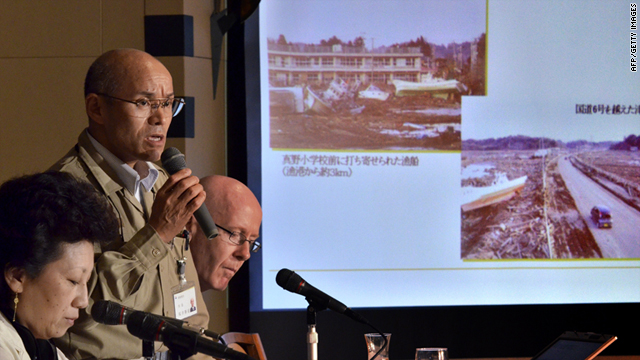 Tokyo (CNN) -- Four new areas in northern Japan have been added to the list of places affected by radiation originating from the Fukushima Daiichi nuclear plant, authorities said Friday.

Three of the four are in the Ryozenmachi area, including about 180 households some 50 kilometers (31 miles) from the Fukushima plant, said Takayuki Sato, a Date city official

Government data of the three hot spots showed an estimated radiation level between 20.1 to 20.8 millisieverts per year.

By comparison, the average resident of an industrialized country receives a dose of about 3 millisieverts per year.

The fourth spot is in the Haramachi neighborhood of Minamisoma, 33 kilometers away from the plant but outside of the area where the government has ordered targeted evacuations.

The four new areas are outside the evacuation zone.

Officials have been battling a nuclear crisis at the Fukushima plant following an earthquake and subsequent tsunami on March 11.