By Manesh Shrestha, for CNN 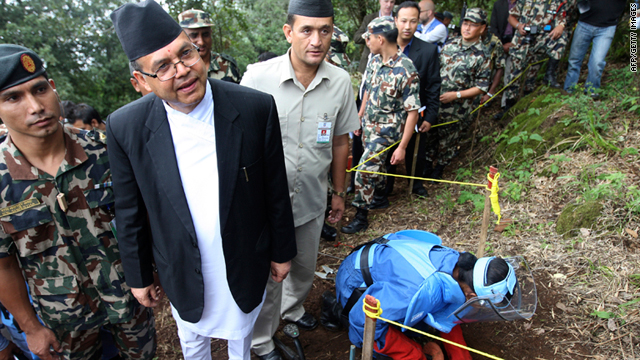 Kathmandu, Nepal (CNN) -- With the detonation of the last landmine, Nepal on Tuesday became free of minefields, the United Nations said.

Nepal's Prime Minister Jhala Nath Khanal on Tuesday detonated the last of the minefields at an army base protecting a telecommunications tower near Kathmandu valley to mark the clearance of minefields in Nepal, U.N. spokesman John Brittain told CNN.

The Nepal Army had laid 53 minefields during the 10-year insurgency around army barracks and physical infrastructure like telecommunication towers and hydropower plants.

According to the U.N., Nepal is the second country in Asia after China to be minefield free.

Soldiers of the Nepal Army began clearing the mines with assistance from United Nations Mine Action Team in 2007.

Four people, including three women, were killed and 19 others wounded, including 10 women, by these mines since 2006, according to United Nations Mine Action Team.

The then-Maoist rebels had fought a 10-year insurgency from 1996 to 2006, during which more than 13,000 people were killed, to end centuries-old monarchy.

The Maoist rebels signed a peace deal in 2006 and took part in elections in 2008 following which Nepal became a republic.

But Nepal's peace process is yet to be completed with the Maoists and the other political parties yet to agree on the future of the 19,602 Maoist combatants living in camps across the country.