Sources: Pakistan knew about increased U.S. activity ahead of raid 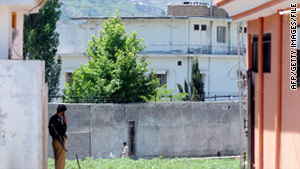 (CNN) -- Pakistan was aware of increased U.S. intelligence activity in the country weeks before the raid that killed Osama bin Laden in May, an Arab diplomat with direct knowledge of the events and a senior Pakistani official told CNN Saturday.

The two sources offered slightly different versions of who knew what, when.

The diplomat, who wished to remain anonymous because he is not authorized to speak publicly, said Pakistan knew about the heightened intelligence activity, specifically in the city of Abbottabad, but "never, never had any idea the operation was about bin Laden." The diplomat was approached privately by a Pakistani to inquire about heightened U.S. intelligence-gathering activities. He said it was assumed Pakistan was asking all Arab allies.

Meanwhile, the senior Pakistani official, who was not authorized to speak publicly on intelligence matters, said Pakistan was indeed aware of "heightened CIA activity in Pakistan" in the weeks prior to the raid, but that the information officials had was not "Abbottabad specific."

"If folks in Islamabad had been able to pinpoint Abbottabad, they would have done something about it," the official said.

Relations between Pakistan and the United States have been increasingly strained since bin Laden was killed in a Navy SEAL raid in early May.

U.S. officials believe Pakistan is not doing enough to go after al Qaeda and other extremists, while the Pakistanis are upset with what they consider to be unilateral steps taken by the United States within their borders.

Washington did not give advance notice to Pakistani officials about the raid on bin Laden's compound in Abbottabad.

Senior U.S. officials also suspect that some in Pakistan helped bin Laden live there. CIA Director Leon Panetta reportedly has told legislators that Pakistan was either involved in helping the world's most wanted fugitive avoid detection or was incompetent for not knowing he was living on Pakistani soil.

The Arab diplomat said he is sure officials in Pakistan "had no idea where bin Laden was."

He also said "it was always clear Zawahiri was going to replace bin Laden," referring to Ayman al-Zawahiri, the longtime deputy to bin Laden who is thought to have taken over leadership of al Qaeda.

"It's not in their culture to go with someone else. They (al Qaeda) value loyalty," the diplomat said.