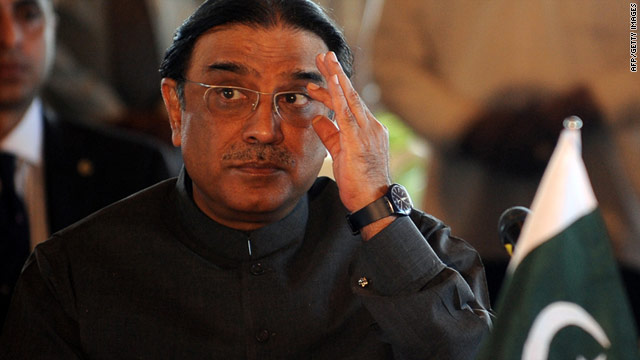 Kabul, Afghanistan (CNN) -- Afghanistan says the Pakistani military is behind recent deadly rocket attacks, but Islamabad says it is not responsible.

Amarkhil said the rocket attacks began at 4 p.m. and last until midnight.

Pakistani forces have been firing rockets on five districts of Kunar province, causing villagers to leave their homes, the police official said.

"During the last month, 36 people were killed and 30 people were injured in these attacks," Amarkhil said.

Amarkhil also said the Pakistani military shot 37 rockets in the past week on the Goshta district of Nangarhar province.

Afghan President Hamid Karzai met with Pakistani President Asif Ali Zardari in Tehran, Iran, and discussed the attacks, according to a statement from Karzai's office.

In the meeting, Karzai asked Zardari for more information about the attacks in the bordering areas of Afghanistan and Pakistan.

Zardari said the Pakistani side was not aware of such attacks and that the attacks were not carried by Pakistani army, according to the statement.