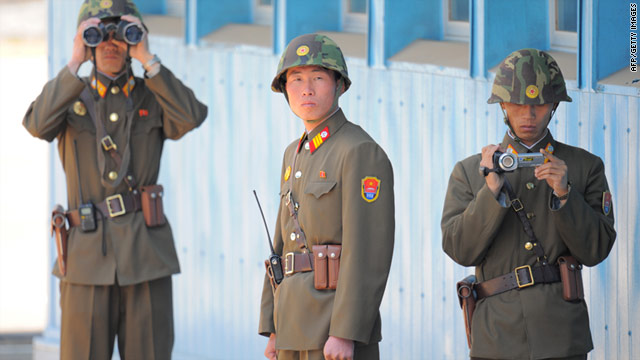 North Korea told the South to "go back" according to Lee Jong-Joo, a spokeswoman for South Korea's Unification Ministry, insisting they would not talk with anyone from the government itself.

A delegation of twelve South Korean government officials and businessmen crossed the border into North Korea's Kumgang tourist resort to try to resolve a dispute over South Korean assets there.

The joint project was started in 1998 to boost reconciliation and give North Korea a chance to earn money. Seoul suspended tours in 2008 after a South Korean tourist was shot dead by a North Korean soldier after walking into an off-limit area.

The last discussion at the Mount Kumgang resort was in April 2010 but that did not include government officials.

Pyongyang said last month it will cut off all ties with the government in Seoul, and it refuses to talk to anyone in President Lee Myung-Bak's administration.