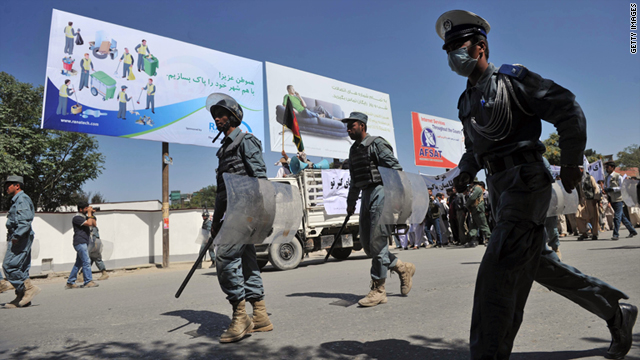 Kabul, Afghanistan (CNN) -- At least 25 people were injured Sunday when a man on a motorbike hurled a grenade at a high school in northern Afghanistan, an official said.

The blast injured at least 17 students at the school -- three of them seriously -- said Ahmad Jawed Bedar, a spokesman for the governor of Faryab province.

Police arrested the suspect two hours after the attack, which occurred around noon Sunday, he said.

Hashmat Stanikzai, a spokesman for Kabul police, said a device exploded in Kabul's Dehmazan Square near a traffic police station around 12:30 p.m.