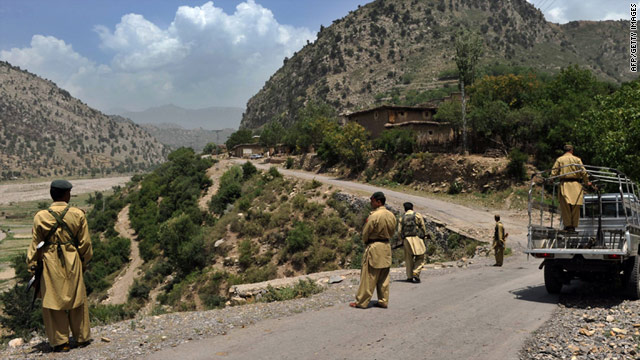 Pakistani security forces have conducted operations in Kurram as far back as 2009, but this appears to be the largest.

A Pakistani military official said air force fighter jets were "softening" targets on the ground to open the way for ground troops. The official asked not to be named because he is not authorized to speak to the media on the record.

Thousands of troops are taking part in the operation, according to two officials who did not want to be named because they are not authorized to speak to the media.

The offensive coincides with several others taking place in Pakistan's tribal region and is likely to please U.S. officials who are pressing Pakistan to do more in the fight against militancy.

The military has launched more than 10 offensives against violent extremists in northwest Pakistan in recent years, but for the United States, what matters most is North Waziristan, which U.S. officials call an epicenter of terrorism and a haven for the Haqqani network and other al Qaeda-linked militants killing American troops across the border in Afghanistan.

Washington has pressured Pakistan to launch a major offensive in North Waziristan, but the Pakistani military has refused. Some U.S. officials fear that the army here has held off because Pakistan's spy agencies have links with militant groups in North Waziristan.

Kurram is just north of North Waziristan and is believed to be a destination for many militants escaping other offensives in the region.