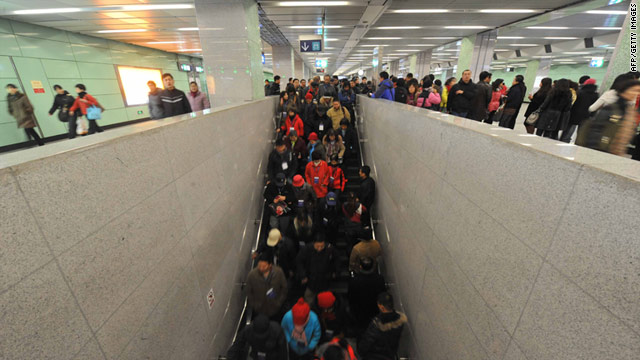 Passengers exit a subway station in Beijing in December 2010. One person was killed in an escalator accident Tuesday.
STORY HIGHLIGHTS
RELATED TOPICS

Beijing (CNN) -- Chinese officials have asked for a safety check of all subway stations after one person was killed and 28 injured Tuesday in an escalator accident at a Beijing subway stop, state media said.

The Beijing municipal government's information office told the Xinhua news agency that some people on the escalator at the Zoo Station subway fell after a "malfunction" but did not elaborate on what caused it.

The wounded were taken to a hospital, the news agency said.