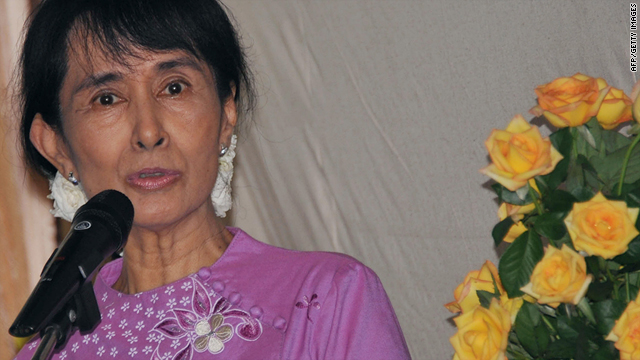 Washington (CNN) -- The second-highest-ranking diplomat at the embassy of Myanmar in Washington has defected and wants to seek asylum in the United States.

In a letter to Secretary of State Hillary Clinton obtained by CNN, Deputy Chief of Mission Kyaw Win said he had "no choice" but to leave his post in protest over human rights abuses and fraudulent elections. He said he is formally seeking asylum for himself and his family because he is afraid for their lives.

Win's move is a setback for the regime in Myanmar, which held its first elections in 20 years in November. The vote drew fire from critics who said it was aimed at creating a facade of democracy. The regime had refused to allow international monitors or journalists into Myanmar for the vote but has argued the elections constitute an end to military rule and merit an easing of international sanctions.

Win wrote in the letter he had held out hope for democratic reforms throughout his 31-year career, but lost confidence after last year's widely criticized elections, which largely left the military junta in control. As such, he said, he could not in good conscience continue working for the government.

"The truth is that senior military officials are consolidating their grip on power and seeking to stamp out the voices of those seeking democracy, human rights and individual liberties. Oppression is rising and war against our ethnic cousins is imminent," he wrote.

As a high-ranking diplomat, Win maintained ties with pro-democracy Burmese activists in Washington. In the letter he talked about the balance he had to strike between reaching out to the opposition and answering to his government.

He also urged the United States to set up an international council of inquiry to investigate human rights violations in Myanmar and calls for the U.S. to implement targeted sanctions against the government and its "cronies that serve to keep them in power."

He said he fears returning to the country because his efforts to improve bilateral relations with the United States have been continually rejected and "resulted in my being deemed dangerous by the government."

Win also warned about threats made to pro-democracy leader and Nobel Peace Price laureate Aung San Suu Kyi, who traveled outside Yangon this week for the first time since she was freed from house arrest last November. The government warned her against engaging in political activities and issued a thinly veiled threat in a state-run newspaper that her planned first tour outside the city since her release from house arrest seven months ago could spark riots and chaos, as they did when she traveled the countryside in 2003.

In his letter, Win mentions Suu Kyi's travel, warning the threats against her "must be taken seriously."

The Obama administration has shifted from a longtime policy of isolation of Myanmar in favor of engagement, with little success.

Last week Derek Mitchell, the nominee to be U.S. special envoy to Myanmar, said the United States is prepared to have a positive relationship with the country and would seek better international coordination in encouraging democratic reform there.

Mitchell was critical of the regime's claims to have made a transition to civilian rule after last year's elections, saying at his Senate confirmation hearing that "Burma remains a country at war with itself and distrustful of others."

"Burma is the poorest country in Southeast Asia and a source of great concern and potential instability in the region," he said.