From Harmeet Shah Singh, For CNN 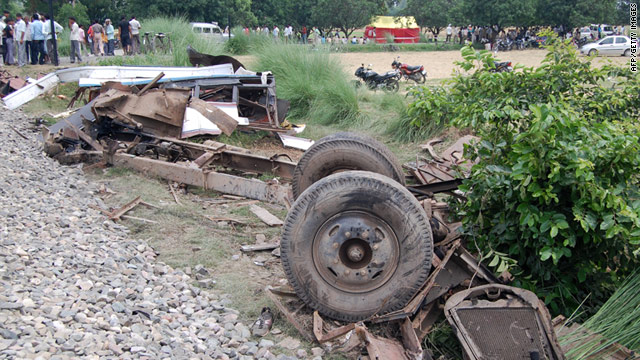 The remains of a bus are seen near train tracks after it was hit by a train in Uttar Pradesh state in northern India.
STORY HIGHLIGHTS
RELATED TOPICS

New Delhi (CNN) -- At least 33 people died and 17 were injured when a train collided Thursday with a bus in Uttar Pradesh state in northern India, authorities said.

The bus was hit by the Mathura-Chhapra Express train that was passing through at the same time, Singh said.

India's massive rail network, used by hundreds of thousands of passengers daily, has a poor safety record. Official figures show 100 train accidents occurred in the country in the 2009-10 fiscal year and 115 in 2008-09.