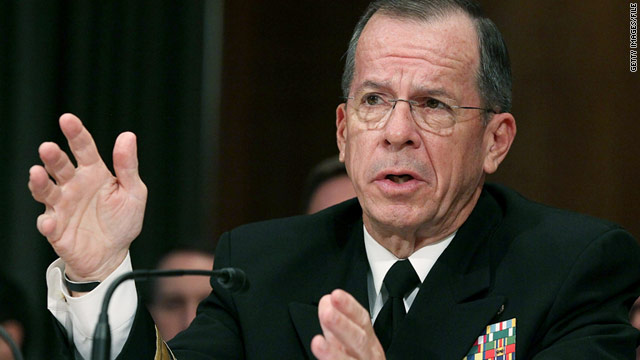 Washington (CNN) -- Joint Chiefs Chairman Adm.Mike Mullen said Thursday he believes the Pakistani government "sanctioned" the killing of a prominent Islamabad reporter, Syed Saleem Shahzad, who was murdered in May.

There had been earlier suggestions that Shahzad may have been killed for reporting on possible links between Pakistan security agencies and Muslim extremists.

Mullen, a frequent visitor to Pakistan for meetings with government and military leaders said, "I have not seen anything to disabuse the report that the government knew about this." Mullen made the remarks in a lunchtime question and answer session with journalists at the Pentagon.

But Mullen would not link Pakistan's powerful Inter-Services Intelligence agency with the killing. And he said he did not have what he called a string of evidence tying the Pakistan government to the journalist's death. CNN obtained a tape of the Mullen meeting.

There was no immediate reaction from the Pakistani government to Mullen's statements. But the Pakistani military and Inter-Services Intelligence agency have denied any involvement in Shahzad's killing.

His comments on the murder, the first by a senior U.S. official, will likely worsen an already tense relationship between the U.S. and Pakistan in the wake of the U.S. raid on the Osama bin Laden compound in Pakistan and the killing of the al Qaeda leader, and continued pressure from the U.S. for Pakistan to more vigorously stamp out safe-havens in Pakistan for extremists fighting in Afghanistan.