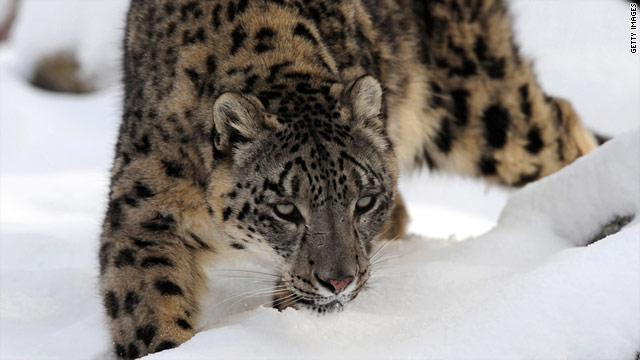 Kabul, Afghanistan (CNN) -- A "surprisingly healthy" population of rare snow leopards has been discovered in the remote northeastern stretches of Afghanistan, one of the few areas largely unaffected by the near decade-long war in the country.

The images are the first camera trap records of snow leopards in Afghanistan, the organization noted.

"This is a wonderful discovery -- it shows that there is real hope for snow leopards in Afghanistan," said Peter Zahler, the group's deputy director. "Now our goal is to ensure that these magnificent animals have a secure future as a key part of Afghanistan's natural heritage."

The organization said the discovery "gives hope to the world's most elusive big cat, which calls home to some of the world's tallest mountains."

But the endangered animal also faces threats from poachers, shepherds and those who capture the cats for illegal trade.

Their populations have declined by as much as 20% over the past 16 years, the group reported.

Researchers estimate between 4,500 and 7,500 snow leopards are left in the wild, scattered across Central Asia.