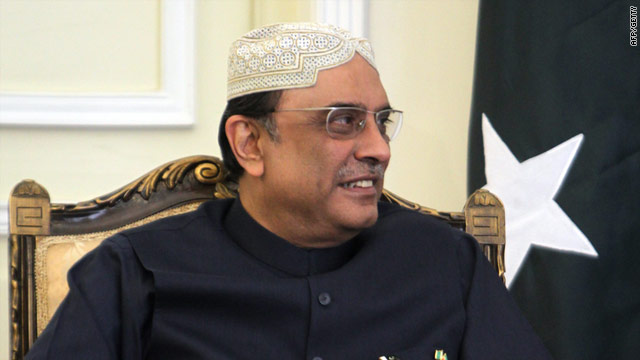 Islamabad, Pakistan (CNN) -- Pakistani President Asif Ali Zardari is visiting Afghanistan to participate in bilateral talks on "the current security situation in the region," including the fight against terrorism and cooperation between the two countries, his spokesman said Tuesday.

The talks with Afghan President Hamid Karzai will also include a discussion of "peace efforts in the region," said Farhatullah Babar.

Zardari is also expected to offer condolences to the Afghan president over the recent assassination of Karzai's half-brother, Ahmed Wali Kazai, once an influential power-broker in the country's restive south.

The Kandahar provincial council chief was gunned down in his home by a longtime bodyguard and confidant on July 12.

The Taliban claimed responsibility for the shooting, saying that the shooter was working for them.

The visit comes one day after former NATO commander David Petraeus formally handed over command of forces in Afghanistan to General John Allen, just as NATO forces are also beginning to draw-down in the country.

Ten thousand U.S. soldiers are scheduled to leave by the end of this year.

Allen told the Senate Armed Services Committee in May that the drawdown -- which is expected to be completed by the end of 2014 -- was more aggressive than he anticipated.

The two men last week crossed into Pakistan to meet with top Pakistani military brass in an effort to "improve regional security," according to a NATO statement.

The troop drawdown comes amid a rash of recent violence across Afghanistan, particularly in country's southern and eastern provinces -- which border Pakistan.

The U.S. is currently holding back $800 million in aid to Pakistan.