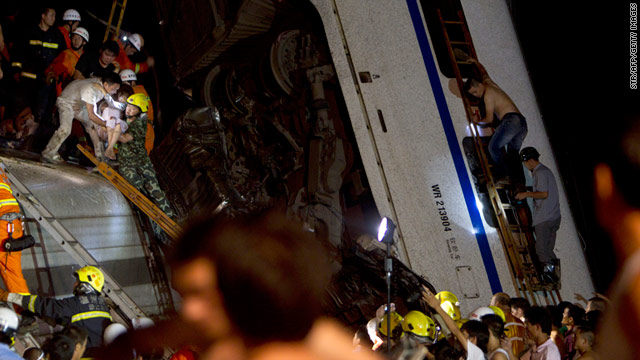 Chinese rescue workers carry an injured girl as they tend to victims of a train accident on Saturday.
STORY HIGHLIGHTS

Witnesses told China National Radio that a bullet train stopped on the tracks Saturday because of a power outage from a lightning strike.

Another bullet train traveling in the same direction rammed into the first train from behind and caused four of its cars to fall from an elevated bridge, the radio report said.

A rescue operation was under way. Some passengers told the radio network they had to smash windows and crawl out of the cars. Officials said some cars were severely twisted and it was hard to know how many people were still trapped inside.