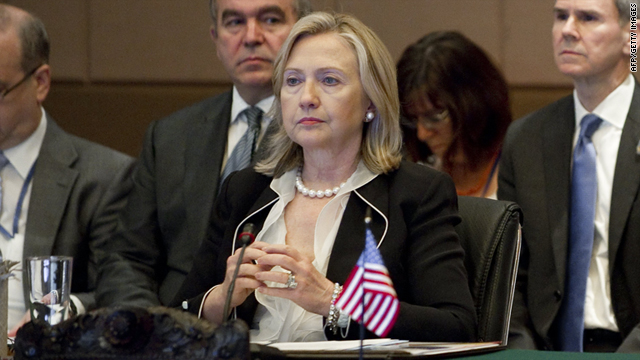 "Following the first round of de-nuclearization talks between the nuclear negotiators of the Republic of Korea and North Korea, the United States has invited North Korean Vice Foreign Minister Kim Kae-gwan to New York later this week," she said.

The U.S. offer came on the heels of talks between the chief nuclear envoys of North Korea and South Korea last week. On Friday, the two sides agreed to try to resume six-party talks as soon as possible, the South Korean Foreign Ministry said.

The session was the first such direct meeting on nuclear issues between the two nations since six-party talks broke down in 2008, when North Korea pulled out of the multinational nuclear disarmament initiative.

"This will be an exploratory meeting to determine if North Korea is prepared to affirm its obligations under international and Six Party Talk commitments, as well as take concrete and irreversible steps toward denuclearization," Clinton said in a statement.

"As we have stated repeatedly, we are open to talks with North Korea, but we do not intend to reward the North just for returning to the table. We will not give them anything new for actions they have already agreed to take. And we have no appetite for pursuing protracted negotiations that will only lead us right back to where we have already been."

The nations involved in the six-party talks are the two Koreas, the United States, China, Japan and Russia.