Indonesians to finally get the reel thing 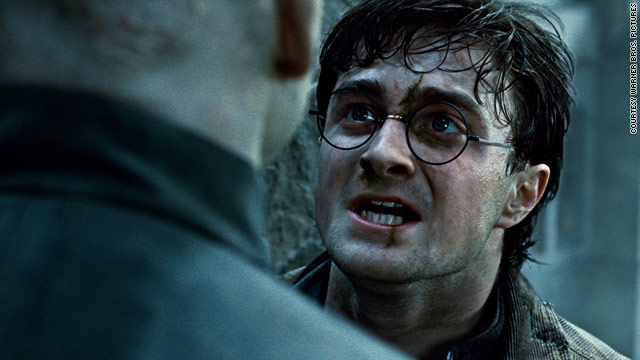 Indonesians are set to see the new Harry Potter film Friday after months of no Hollywood movies.
STORY HIGHLIGHTS

Jakarta, Indonesia (CNN) -- It's been more than five months since Indonesians have seen the latest Hollywood flicks on the big screen. But cinema owners say the long wait is now over, with monster hit "Harry Potter and the Deathly Hallows: Part 2" releasing on Friday.

In February major Hollywood studios stopped distributing films to Indonesia, after the government said it would impose a new royalty tax on imported movies. That led to a protracted dispute between the government and the country's movie distributors.

Sjafruddin says a new tax scheme is now in place, eliminating the royalty tax but increasing import duties by 100%.

Earlier this month, many Indonesians looked on enviously as long-awaited summer blockbusters screened in cinemas around the globe. Some made their way to neighboring Singapore.

Avid movie enthusiast Erza Setyadarma flew to the city state and watched Harry Potter and five other movies in just three days. He was not alone.

"I was shocked to see so many Indonesians there. We bumped into almost everyone we knew, in all the cinemas", he says.

There were enough Indonesians in Singapore for at least one theater chain to offer them a free pass for every eight movie tickets. The short flight is relatively inexpensive, so this became a common last resort among Indonesians who had the means.

Many others resorted to buying pirated DVDs on the black market or settled for second-tier foreign movies and locally made flicks.

Setyadarma heads the Indonesian Opera Society and is a supporter of the arts and movies. Many like him are appalled that Indonesians were deprived of quality films for so long.

"We're supposed to be a progressive, modern country and we can't see a decent movie. It's ridiculous", he says.

According to the Cinema Companies Union, there are 16 film distribution companies but the two largest previously brought in films by Hollywood's major studios.

Shortly after the boycott was announced, the government ordered three film importers to pay a total of 31 billion rupiah ($3.6 million dollars) in unpaid taxes. One importer has paid up but the two larger ones are still contesting it in court and are still banned from importing films. Sjafruddin says the government is auditing all the other distributors.

A new distribution company was then given a permit to import "Harry Potter and the Deathly Hallows: Part 2," "Transformers 3" and "Kung Fu Panda 2."

While moviegoers express relief over the news, others doubt the real issues have been resolved. Advertising executive Ricky Pesik and his family also squeezed in as many movies into their recent Singapore holiday.

Setyadarma applauds the government for clamping down on the errant distributors but adds "the tax issue isn't the problem. The problem is the monopoly. I can't stand it. Why not open up the distribution to others? I love playing the game of Monopoly but it shouldn't be applied in real life".

In this game, moviegoers and local cinemas have been the biggest losers. Syamsul Lusa, director of film at the Ministry of Tourism and Culture, says the absence of marquee films in Indonesia has taken its toll on local cinemas, citing a decrease in business of roughly 30% to 40% over the last four months.

Sjafruddin says income from the taxes dropped 50% in the first quarter of 2011, from 3.9 billion rupiah to only 1.8 billion rupiah.

Movie fans are sure to pack theaters when the final Harry Potter installment releases on Friday. The dispute has played out like an extended suspense flick and many in Indonesia hope it's reached the end of its reel.

Anantha Natalegawa and Masyitha Chita Baziad contributed to this story.