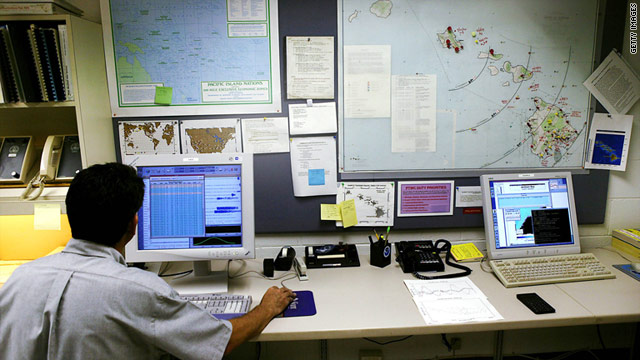 The Pacific Tsunami Warning Center did not issue any warnings following an earthquake off the coast of Papua New Guinea.
STORY HIGHLIGHTS
RELATED TOPICS

The quake struck around 9:39 a.m. and was centered 131 kilometers (81 miles) east of Wewak, which is on the northern coast of the Pacific nation, the U.S. Geological Survey reported. Its depth was reported at 16 kilometers (9 miles).

The Japan Meteorological Agency -- which had an identical measure for the quake's strength -- noted on its website that "there is a very small possibility of a destructive local tsunami" as a result. It said any tsunami likely would not be over half a meter (20 inches) high.

"However at some coasts, particularly near the epicenter, high tsunamis may arrive (larger) than our estimation," the agency said on its website.

But within about two hours after the quake struck, the Japanese agency reported there were no such warnings or advisories still in effect.

The Pacific Tsunami Warning Center did not issue any threats or warning, noting on its website that there was no danger of a tsunami striking Hawaii. Similarly, the Australia tsunami warning center said there was no threat to that nation.