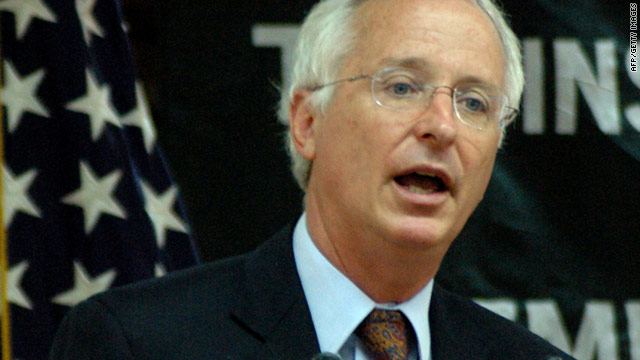 The U.S. ambassador to Pakistan, Cameron Munter, was temporarily detained at the Islamabad airport last week as he tried to fly from Islamabad to Karachi.

State Department deputy spokesman Mark Toner said Munter was not carrying a certificate that Pakistani authorities now are requiring for American diplomats to travel within Pakistan.

In a separate incident last week U.S. diplomats were prevented from traveling between Islamabad and Peshawar.

"We obviously raised our concerns," Toner said. The State Department, he said, has met with Pakistani officials on travel issues, both in Washington and in Islamabad and, he said, "We feel that we're making progress towards resolving the issue."

"The issue is the right for our diplomats, according to the Vienna Conventions, to travel freely within the country where they work...we're working cooperatively with the government of Pakistan to resolve the issue," Toner said.

The restrictions, the official said, have been in place so that diplomats do not travel to dangerous un-administrated tribal areas.

"So they don't want us traveling to these areas, OK," the official said. "What is not OK is when they give us a problem when we are traveling from our embassy to our consulate."

The official said that U.S. and Pakistani officials discussed the matter over the weekend and Special Representative for Afghanistan and Pakistan Marc Grossman, who is in Islamabad for talks with the Pakistani government, also worked on the issue and that the State Department was optimistic a solution could be found soon.

The restrictions are the latest in a series of irritations between the two countries in the wake of the U.S. mission that killed Osama Bin Laden in Pakistan.