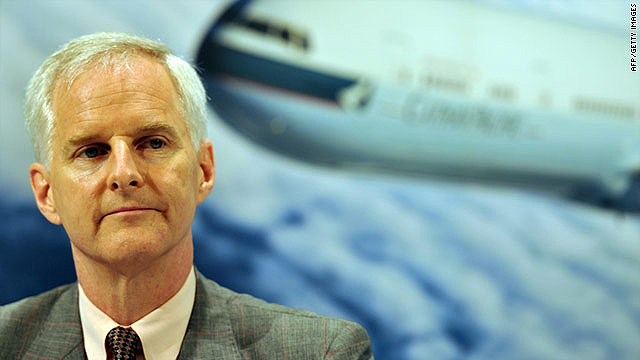 The carrier launched an investigation last week after explicit photos, purportedly showing a sex act involving a male and female employee in a plane's cockpit, were published in newspapers and online.

The embarrassing episode has now affected Cathay's newest phase of its "People and Service" marketing campaign, which uses the catchphrase "the team who go the extra mile to make you feel special."

"We have decided to postpone the global launch of our next wave of our advertising campaign to October 1 as the original timing doesn't suit us," Cathay Pacific spokeswoman Carolyn Leung told CNN.

"We always build flexibility into our marketing strategy to give us room to adapt to changing circumstances. That's what we are considering now, and the cost would be minimal," she said.

The sex photos scandal is believed to have compromised the campaign, which included newspaper, magazine and billboard slots, according to a newspaper report.

"The timing of this scandal really could not have been worse in marketing terms," a Cathay management source was quoted as telling Hong Kong's Sunday Morning Post.

"The scope for the slogan and the campaign to be misinterpreted, or ridiculed and lampooned, in light of the cockpit incident, is obvious."

Cathay Pacific boss John Slosar said in a released statement on Friday that "the crew shown in compromising situations in photographs published recently ... are no longer employees of the company," though he was unclear whether they had been sacked or had resigned.

"As chief executive of Cathay Pacific, let me be crystal clear about one thing: I find any behavior that recklessly soils the reputation of our company or our team members as totally unacceptable," he said.

Slosar added that there was no evidence to suggest that the cockpit photos were taken on any flights while the plane was airborne.