Biden: U.S. has never defaulted on its debt and never will 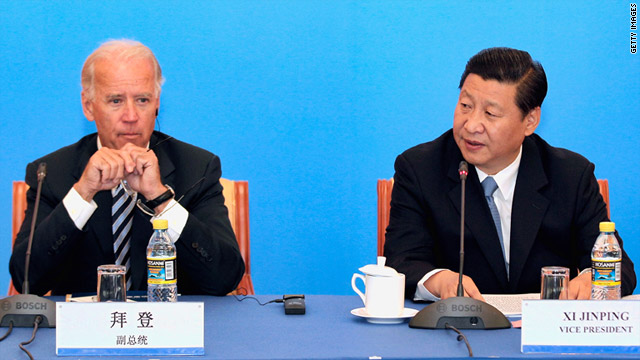 Chengdu, China (CNN) -- The United States, the world's biggest economy, has never defaulted on its debt and never will, said Vice President Joe Biden as he wrapped up his five-day visit to China on Sunday.

"Some Chinese are concerned about investment in the United States," Biden told students at Sichuan University in the southwestern city of Chengdu -- the last stop on his visit.

Then, Biden added, "The United States has never defaulted and never will."

Behind the scenes of Biden's China visit

China is the largest foreign holder of U.S. debt with around $900 billion in U.S. bonds, according to the U.S. Treasury. In light of a debt crisis and a downgrade by Standard & Poor's, some have questioned the ability of American lawmakers to create policies to rein in the debt.

The economy has been front and center during Biden's trip, with both Xi and Chinese Premier Wen Jiabao seeking reassurance that the U.S. debts are secure. Biden has responded he had unequivocal confidence in the recovery and growth of the American economy.

"No one has ever made money betting against America," he said in remarks on Friday.

Biden arrived in China Wednesday at the invitation of his counterpart Xi Jinping as part of planned reciprocal visits by the two nations' vice presidents.

This was Biden's third trip to China since 1979, when he came with the first Senate delegation to visit the country after the normalization of diplomatic relations.