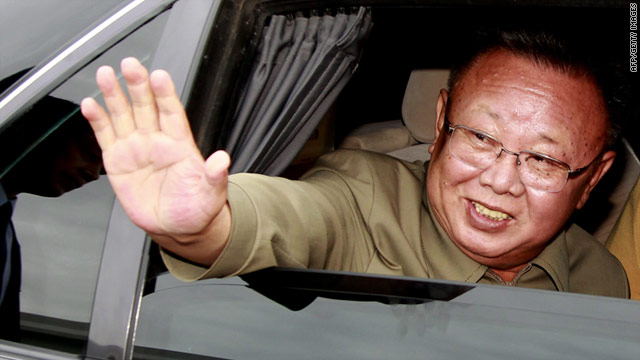 The brief report from Inner Mongolia said Kim was visiting northeastern China but gave no further details about what he was doing or who he was meeting.

The trips comes after Kim visited Russia earlier this week, where he said North Korea is ready to return to nuclear talks without preconditions, according to Russian President Dmitry Medvedev's spokeswoman.

"Kim Jong Il has expressed his readiness to resume the six-party (nuclear) talks without preconditions, and then during those talks (the North Koreans) will be ready to impose a ban on the production of nuclear materials and their testing," she said.

The last round of six-party talks took place in 2008. In addition to Russia and North Korea, the talks also include South Korea, Japan, the United States and China.

"I have quite a positive feeling about the meeting, which was sincere, rich in content and multi-faceted," Medvedev said on Russian TV.

While North Korea has called for the resumption of six-party talks without preconditions before, the United States and South Korea have insisted on a tangible demonstration from North Korea that it is serious about denuclearization.

Washington and Seoul did not immediately respond to Wednesday's developments.

It was first Kim's third visit to Russia. As on trips in 2001 and 2002, he travelled all the way from North Korea in his own armored train.