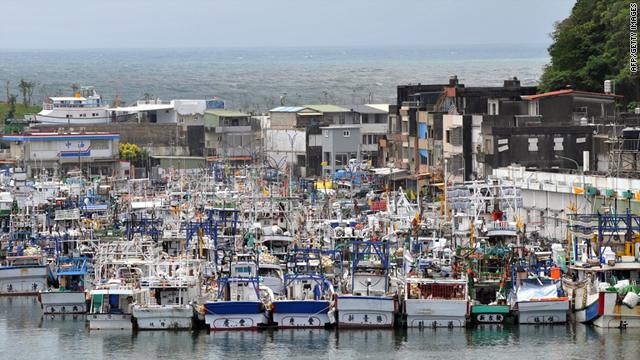 (CNN) -- Typhoon Nanmadol reached the southern coast of Taiwan early Sunday, according to the Central Weather Bureau there, after killing at least seven people in the Philippines.

The slow-moving storm is projected to head directly over Taiwan before turning toward mainland China.

The landslide buried the victims in Pangasinan province, according to the National Disaster Risk Reduction and Management Council.

The victims, a 6-year-old girl and a 5-year-old boy, were buried under mud for about two hours, the disaster council said.

Five other people were killed in different incidents, 10 people were injured, and six remain missing, the council said in a statement.

It made landfall in Cagayan province in the northern part of Luzon late Saturday morning.

More than 100,000 people across 11 provinces have been affected, and many were without electricity, the disaster council said.