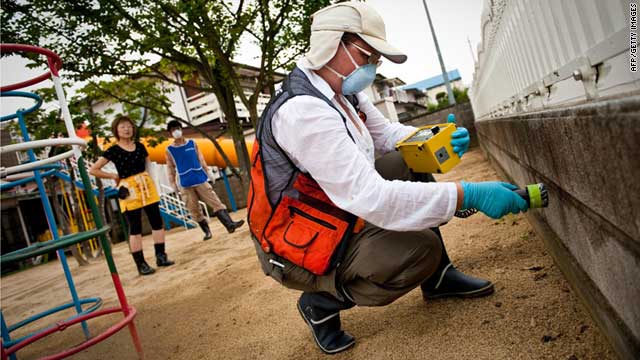 Tokyo (CNN) -- An environmental group on Monday urged the incoming Japanese prime minister to delay the start of school near a nuclear plant crippled by a massive earthquake and tsunami six months ago.

The March 11 disaster triggered the worst nuclear crisis since Chernobyl, as cores overheated and spewed radioactive material into surrounding areas.

"No parent should have to choose between radiation exposure and education for their child," said Kazue Suzuki, Greenpeace Japan nuclear campaigner.

A foreign affairs spokesman said it was premature to ask the incoming prime minister to delay school.

"Mr. Yoshihiko Noda was just elected as Democratic Party leader. He has not assumed the post of prime minister yet, therefore he cannot comment on this," said Kazuhiro Kawase, the spokesman.

Japan's ruling party on Monday picked Noda, the finance minister, as its new leader, bringing him a step closer to becoming the prime minister.

Parliament will vote Tuesday on whether he will assume the position of prime minister -- the country's sixth in five years.

Japan has launched a sweeping review of nuclear power since the disaster at Fukushima Daiichi, which displaced more than 100,000 residents.