Ai Weiwei will not be silenced 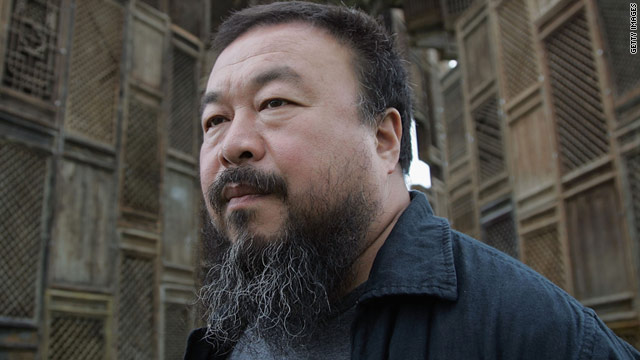 (CNN) -- Weeks after muting his public criticisms, Ai Weiwei has broken his silence.

In an editorial about China's capital city, published on Newsweek's website on August 29, the country's most prominent contemporary artist and dissident describes Beijing as "a city of violence" and "a constant nightmare." He complained that "the worst thing about Beijing is that you can never trust the judicial system."

"Beijing is two cities," he opines. "One is of power and of money. The other city is one of desperation. I see people on public buses, and I see their eyes, and I see they hold no hope."

Ai, 54, was part of a team that helped design the Bird's Nest stadium for the Beijing Olympics. Later, however, he called for a boycott of the 2008 Summer Games because he said China was using them as propaganda.

In his essay Ai remains critical. "None of my art represents Beijing," he writes. "The Bird's Nest -- I never think about it. After the Olympics, the common folks don't talk about it because the Olympics did not bring joy to the people."

Ai's new comments could further strain his relations with the Chinese officialS.

On April 3 Ai was detained at the Beijing airport while en route to Hong Kong. He was held for 81 days. Chinese authorities accused him of tax evasion, although he was never formally charged. His family maintains that the detention was politically motivated.

The maverick artist had offended Chinese authorities with his use of avant garde art and the Internet to criticize government policies and behavior.

He used social networking sites like Twitter and its Chinese version "weibo" to influence public opinion and lobby against official abuse. Months after the massive 2008 earthquake, for example, he mobilized hundreds of volunteers to investigate the deaths of schoolchildren in school buildings that collapsed in the Sichuan quake.

He has also accused the Chinese government of trying to silence dissidents.

In the past several months, rights groups say China has rounded up lawyers, human rights activists and bloggers following online calls for anti-government protests-a "Jasmine Revolution" -- similar to those that have swept the Middle East.

Government censors also have apparently blocked internet links to phrases like "jasmine revolution" and names such as "Ai Weiwei" to cut the flow of information, activists say.

When Ai was released from detention in June, Beijing reportedly imposed conditions on him, including a gag order, forbidding him from talking to the press.

But Ai is now again speaking out publicly.

In his Newsweek editorial, the artist writes, "there are positives to beijing," pointing out that there are a few nice parks. He writes about walking in a park in Beijing and notes that a few people came up to him and gave him a thumbs-up or a pat on the shoulder. Ai asks: "Why do they have to do that in such a secretive way? No one is willing to speak out. What are they waiting for?"