Tsunami-hit city fights back from tragedy 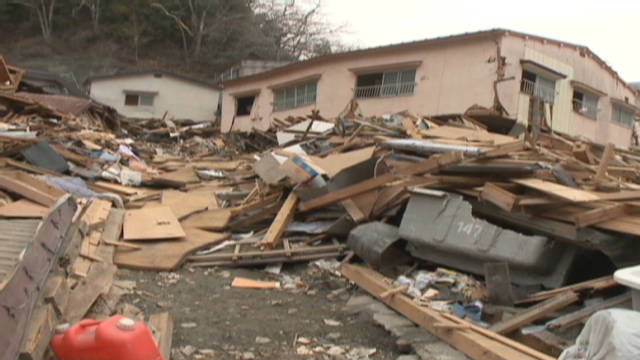 Kamaishi, Japan (CNN) -- Six months ago, I stood on a corner in Kamaishi, in northeastern Japan and believed this small city would never recover from the devastation caused by the March 11 earthquake and tsunami.

I wasn't being a pessimist. It was simply that my eyes could barely comprehend the damage to this town. Cars sat atop four-story apartment buildings, as entire neighborhoods looked as if the homes had been placed in a blender. A fishing vessel was even swept from its mooring onto a street.

But the physical damage paled in comparison to the human toll. Missing person notices wallpapered the makeshift city hall. The line of family members filing for death certificates went from one side of the building to the other.

Living with aftermath of Japan's tsunami

To an outsider it appeared Kamaishi had little to offer other than grief and despair moving forward.

Gallery: City back from the brink

Emotional toll of the tsunami

Daiji Murai, a city worker, feared the living would abandon the city, killing what the tsunami did not.

In his unheated city office, Murai told me in March that Kamaishi was his city, the only place he ever wanted to and hoped to live.

"I fear the residents may be too afraid to come back and live here again," he said.

But when I asked if Kamaishi as a city would cease to exist, Murai was emphatic. "I am convinced it will come back. I will do all that I can for that."

He paused, tears choking his next sentence. "This is the city I was born in. I don't want to lose my hometown. I want to see my city come back."

I met up with Murai again recently, my first trip to Kamaishi since the immediate aftermath of the tsunami. He was keen to point out the progress made in the reconstruction effort.

The change in Kamaishi's downtown is remarkable. The massive job of clearing debris, while not complete, has been successful throughout much of the city.

The hotel around the corner, he said, is back in business. Look down the street, he added, smiling, there's no debris.

This is the city I was born in. I don't want to lose my hometown. I want to see my city come back.
--Daiji Murai
RELATED TOPICS

But what makes Murai most proud is being able to report that only 2,000 people from this city of 39,000 have actually left.

"Kamaishi will come back and will become an even better city," he said. "That sort of spirit didn't exist before the tsunami. But we all have a passion and we're all determined."

But he admits the city still faces massive challenges.

The steel and fishing industries, Kamaishi's economic base, have yet to resume their operations, while many businesses and jobs have not returned.

Thousands of people, including Murai, his wife and two children, are in temporary housing, with no immediate prospect of an income.

But one by one the city is tackling each obstacle, united in its goal.

"At the end of each day, I now think 'another day has ended and I'm glad to have lived this day,'" reflected Murai. "And I'm glad when morning comes."