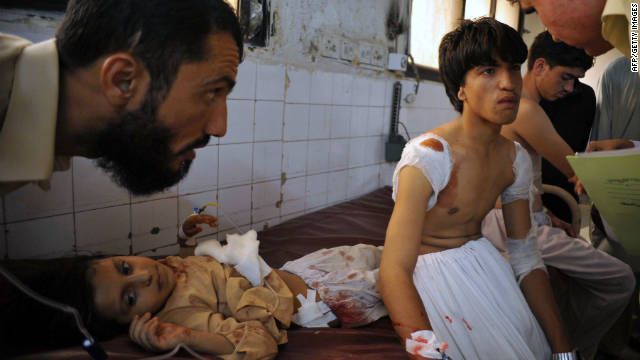 Islamabad, Pakistan (CNN) -- A school bus loaded with children came under rocket and small arms fire near Peshawar Tuesday, killing the driver and three children and injuring 16 others, police said.

The Tehreek-i-Taliban Pakistan group claimed responsibility for the attack, according to the group's regional spokesman, Mohammad Talha, who said it was in response to growing support for local resistance groups against the Taliban in the region.

Attackers fired a rocket at the bus and then opened fire. Three of the wounded children have serious injuries, according to Rahim Jan Afridi, chief executive at Lady Reading Hospital.

Similar attacks have occurred recently in the area, as locals have put up resistance to the Taliban, said Sajjad Khan, a local police official.

Talha said attacks on civilian targets would continue until residents end their resistance to the Taliban.