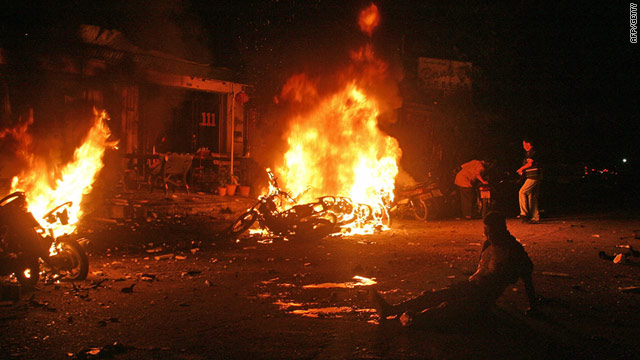 The explosions happened Friday night in Thailand's Narathiwart Province, according to the country's Ministry of Public Health.

Authorities believe the bombs were planted in a car and motorcycle, and detonated with some form of coordination, according to military spokesman Col. Prinya Chaidilok.

He said the incident was carried out by "drug gangs" retaliating after a narcotics crackdown by authorities last week.

Sungai Kolok, which borders Malaysia in southern Thailand, is a popular tourist destination for Thais and Malaysians.