More than 6,000 struck with dengue fever in Pakistan 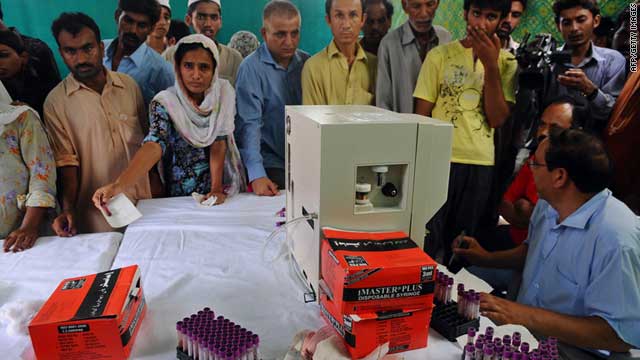 Islamabad, Pakistan (CNN) -- Dengue fever has killed 25 people and affected more than 6,000 over the past two months in Lahore, Pakistan, a health department spokesman said Monday.

In total, 6,400 cases of dengue fever have been documented, said Ikhlaq Ahmed, spokesman for the health department of Punjab province. Of those, 6,000 are in Lahore, a city of more than 6 million people known as Pakistan's cultural capital.

The 25 who died are all from Lahore, in eastern Pakistan. An average of 300 new cases of the virus-based disease, spread by mosquitoes, are being reported in the city daily.

"We prefer to stay at home rather than going shopping," because of the threat of disease, said Zainab Khan, a 25-year-old professional from Lahore.

Asim Hussain, who works in an office in Lahore, said, "I may lose my job," since he hasn't gone to work because of the outbreak.

All the schools in Lahore have been closed by the provincial government, Ahmed said.

The outbreak has created panic in the city, he said, as thousands of people crowd hospitals for testing. The city's poshest areas are among the hardest hit, he said.