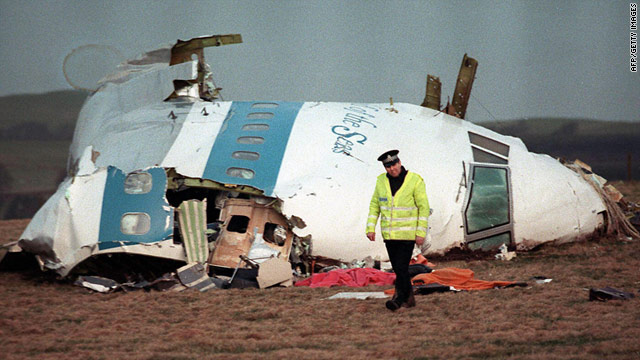 A Foreign Office official explained to the Libyans how to apply for compassionate release for Megrahi after he was diagnosed with cancer, according to an October 2008 U.S. Embassy cable newly published by WikiLeaks.

The British government believed Scotland would be inclined to grant the bomber compassionate release, the cable says.

The Foreign Office in London and the office of Scottish First Minister Alex Salmond in Edinburgh did not respond immediately to CNN requests for comment.

The British government has always said it was not its decision whether or not to release Megrahi, but that of the Scottish authorities because the bomber was imprisoned in Scotland. Scotland has some control over its own affairs, including justice, but London runs British foreign policy.

Some American senators, led by New Jersey Democrat Robert Menendez, have been furious about Megrahi's release. They said in a report in December that his medical condition did not justify setting him free.

The leaked U.S. Embassy cable says Megrahi had been diagnosed with inoperable cancer and that the average life expectancy for someone with his condition was 18 months to two years. It noted that he could have as long as five years to live.

The October 2008 American cable is broadly consistent with hundreds of documents about the case declassified by Scotland after Megrahi was released in August 2009.

Those documents and American diplomatic cables published earlier by WikiLeaks show that Libya was determined to win the release of Megrahi, warning London that it would react badly if the bomber died in jail.

The British have consistently denied that commercial considerations -- such as oil giant BP's desire to drill in Libya -- played a role in Megrahi's release.