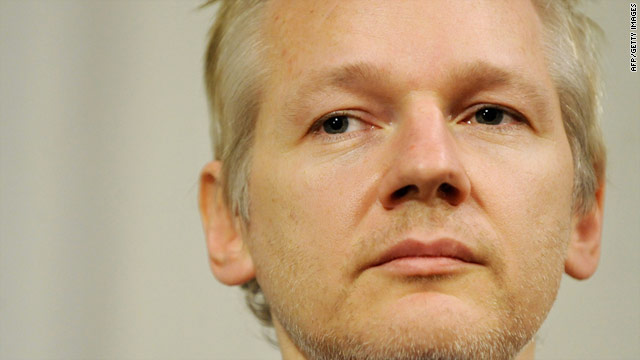 Assange is currently under house arrest outside London and faces a hearing Monday on possible extradition to Sweden.
STORY HIGHLIGHTS
RELATED TOPICS

London (CNN) -- Lawyers for WikiLeaks founder Julian Assange have set up a Facebook page asking for donations to his legal defense fund.

As of Friday afternoon, about $5,700 had been raised on the site, which featured a picture of Assange with the words, "I need your help. Please give."

On its website, the law firm gave information including a bank account number and sort code, and a PayPal link, so donors can give money directly to the fund.

Any funds remaining after all legal bills have been paid will go to charities supporting freedom of information, the firm said.

Assange, currently under strict bail conditions in England, faces a hearing Monday on possible extradition to Sweden, where prosecutors want to question him in connection with sexual misconduct allegations.

Assange has denied the allegations and is fighting extradition.

The British courts are requiring Assange to stay at the mansion of a supporter outside London each night and check in daily with police. He is also required to wear an electronic tag to monitor his location.

Facebook users left messages of support for Assange on the fund's page.

"Please support Assange in searchng for freedom of information and transparency," wrote a user with the name of Diego Ocampo Perez.