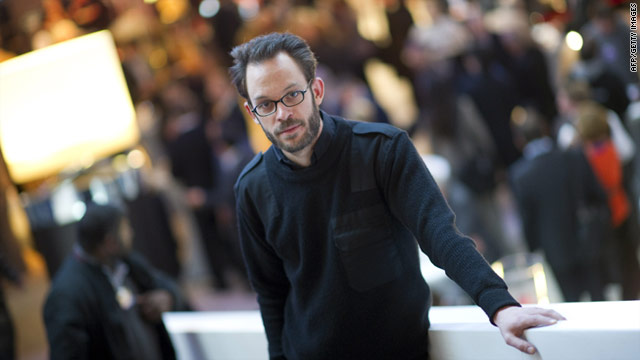 WikiLeaks is taking legal action against former speaker and co-worker Daniel Domscheit-Berg who is preparing to launch a book.
STORY HIGHLIGHTS

Berlin (CNN) -- WikiLeaks editor Julian Assange went from being "imaginative, energetic (and) brilliant" to a "paranoid, power-hungry, megalomaniac," a former colleague charges in a new book out Thursday.

Assange also has "a very free and easy relationship with the truth," Daniel Domscheit-Berg claims in the book, "Inside WikiLeaks."

WikiLeaks blasted the defector in a statement shortly before the book launch.

Domscheit-Berg "damaged" WikiLeaks infrastructure and "stole material," WikiLeaks said Wednesday, and the website said it is taking legal action against him-- though Domscheit-Berg denied that.

WikiLeaks, which publishes secret documents, downplayed the defector's role in the organization, saying he was "a spokesperson for WikiLeaks in Germany at various times."

It denied he was ever a "programmer, computer scientist, security expert, architect, editor, founder (or) director" of WikiLeaks.

"Domscheit-Berg's roles within WikiLeaks were limited and started to diminish almost a year ago as his integrity and stability were questioned," the website said.

Domscheit-Berg rejected that claim in a press conference Thursday, calling himself "the only person who was intensively involved in this organization for such a long time."

Last September, Domscheit-Berg left WikiLeaks, citing shortcomings and clashes with Assange. He and other former WikiLeaks employees have now set up OpenLeaks, which they describe as a more transparent secret-sharing website.

OpenLeaks, its founder says, has a "technical mechanism whereby sources can be protected" and decide for themselves to which outlets they want to release their information.

The defector paints a picture of Assange as becoming increasingly authoritarian over time, saying Assange would threaten him.

Domscheit-Berg claims Assange read the USA Patriot Act to him when he tried to dismiss him, using military terminology to designate him a traitor. Assange, he said, had started assuming the characteristics of the kinds of institutions he was trying to bring down.

The author says in his book, however, that Assange wasn't necessarily anti-American, even though all of WikiLeaks' major publications last year were aimed at the United States. Instead, Assange was motivated by a frustration with U.S. foreign policy and his desire to seek the biggest possible adversary.

"He had to single out the most powerful nation on earth," Domscheit-Berg writes. "Your own stature, it has been written, can be measured by that of your enemies. Why should he expend his fighting energy in Africa or Mongolia and get into quarrels with the Thai royal family?

"It would have been a far less attractive prospect to end up in some jail in Africa, or wearing concrete boots at the bottom of some Russian river, than to inform the world that he was being pursued by the CIA. And it wouldn't have gotten him on the nightly news."

Domscheit-Berg also says he took about 3,000-3,500 documents when he left WikiLeaks, claiming it would be "irresponsible" to leave them with Assange. He did not disclose the contents or origin of the papers. The trove would represent a fairly small percentage of what WikiLeaks says it has in its possession.

Domscheit-Berg said he was "sorry" about how things worked out between him and Assange, saying, "We had extremely great times. We achieved great things together."

WikiLeaks gained international prominence after leaking thousands of papers about the U.S.-led war in Afghanistan and is currently releasing a huge cache of secret American diplomatic papers.

Assange is fighting extradition from the United Kingdom to Sweden, where he is wanted for questioning on sex charges unrelated to the work of the website.

There are already several books purporting to expose WikiLeaks' own secrets.

Two journalists from The Guardian newspaper in Britain, David Leigh and Luke Harding, have written "WikiLeaks: Inside Julian Assange's War on Secrecy." It profiles Assange, whom it calls "one of the strangest figures ever to become a worldwide celebrity," and it also discusses WikiLeaks' release of the U.S. diplomatic cables and Afghan war documents.

Two journalists from Germany's Der Spiegel magazine have written a book called "Staatsfeind WikiLeaks," or "WikiLeaks, Enemy of the State," describing their encounters with the site's founder.

Both The Guardian and Der Spiegel have had agreements with WikiLeaks on publishing leaked documents.

The New York Times offers an e-book called "Open Secrets" that it bills as the "definitive chronicle" of the documents' release and the controversy that ensued.

Greg Mitchell, who writes a media blog for The Nation, has written "The Age of WikiLeaks: From Collateral Murder to Cablegate (and Beyond)," charting the rise and impact of the site.