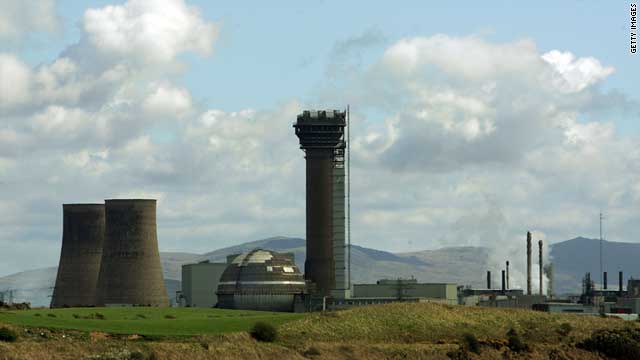 The arrests were made near the Sellafield nuclear facility in West Cumbria, here photographed in April 2007.
STORY HIGHLIGHTS
RELATED TOPICS

There is no indication that the incident is linked to the killing of al Qaeda leader Osama bin Laden in Pakistan, police said.

The suspects were held in police custody in Carlisle overnight and were to be transported to Manchester Tuesday morning, police said.

They will be questioned by an anti-terror unit there, police said.

Metropolitan Police officers searched four homes in east London on Tuesday in connection with the arrests, said the police force leading the investigation.

The suspects are being held under a 2000 anti-terror law that allows police to arrest suspects without a warrant and hold them for up to 48 hours without charge.

Roads were closed in the area briefly at the time of the arrests, Monday afternoon, authorities said. No further information was released.

CNN's Andrew Carey and Carol Jordan contributed to this report.