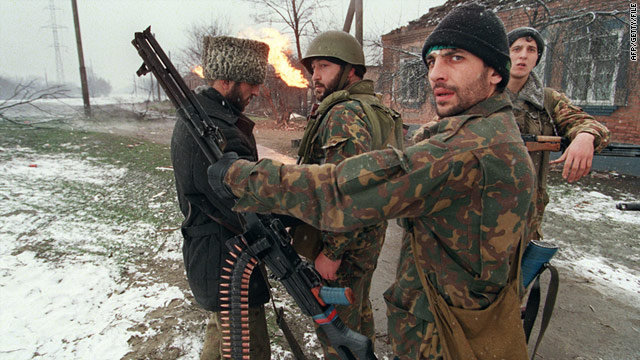 In this file photo, a Chechen fighter checks his weapon on January 17, 1995 on the outskirts of Grozny.
STORY HIGHLIGHTS
RELATED TOPICS

Doger Sevdet, also known as Abdulla Kurd, was killed in Russia's northern Caucasus region, according to a statement from the Russian National Anti-Terrorist Committee.

Russia says that Sevdet had fought with Chechen rebels in one of several al Qaeda units that were led by Arab field commanders Ibn ul-Khattab, Abu al-Walid and Abu Hafs -- all of whom are now dead as well.

Sevdet, a Turkish citizen by birth, moved to the restive Russian region in 1991 after living in neighboring Georgia, the statement said.

He later became al Qaeda's point man in the Northern Caucasus, officials say, assuming control of international money transactions for the regional group soon after Yusef Muhammed al Emirat, a native of Saudi Arabia, was killed by Russian security forces in a sting operation last month in the mountainous district of south Chechnya.