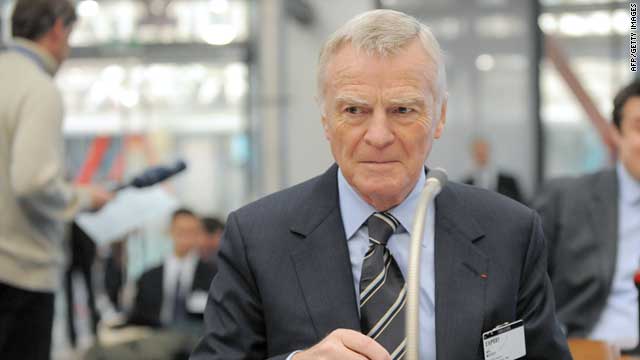 (CNN) -- Newspapers do not have to warn people that they are going to publish details about their private lives before going to press, the European Court of Human Rights ruled Tuesday, rejecting a complaint by former Formula 1 motor racing boss Max Mosley.

A British court found that there was no Nazi element to the incident, which was secretly recorded by one of the participants, and ordered the tabloid to pay Mosley 60,000 British pounds (about $98,000).

But Mosley said the judgment did not go far enough in protecting his private life, and took the case to the European Court of Human Rights. The court Tuesday rejected his claim.