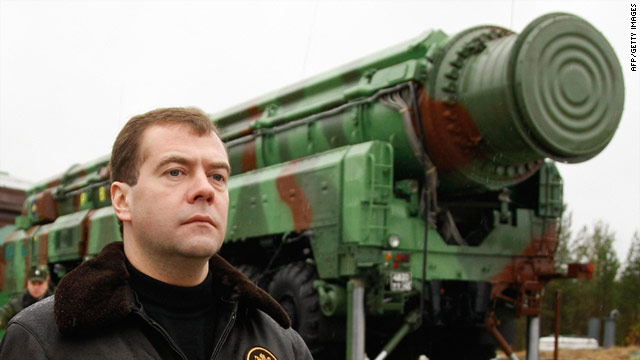 Moscow (CNN) -- Russia will need to speed up the development of its nuclear strike capabilities if the United States does not convince Moscow its missile defense system isn't aimed at Russia, President Dmitry Medvedev said Wednesday.

Medvedev is not persuaded by American assurances that the proposed Europe-based system is not aimed at Russia, he said in a rare news conference.

"There are no other countries apart from Russia which have those capabilities, and they will not have them in the years to come," he said.

If Washington moves forward with its missile defense system, it could also prompt Russia to scrap a key arms limitation treaty, he added.

"If missile defense systems are to be developed -- which would mean the disruption of strategic parity -- the treaty could be suspended or even terminated," he said, referring to the New START accord for which President Barack Obama has pressed hard.

Medvedev said Russia was willing to see the development of a European missile defense shield if it "complies with clear rules."

"We are ready to cooperate, and at the same time, we hope that we get assurances that these capabilities are not directed at us," he said.

The Russian president also praised a thaw in relations with NATO, saying Moscow and the alliance's relations were "not bad," and "developing normally."