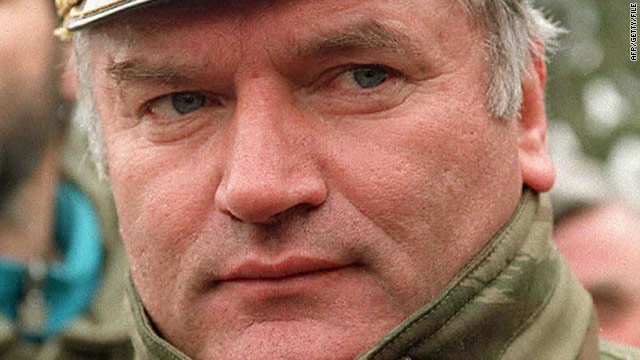 Ratko Mladic (pictured in 1994) is the highest ranking war crimes suspect still at large from the Balkan wars of the 1990s.
STORY HIGHLIGHTS
RELATED TOPICS

(CNN) -- Police in Serbia have arrested a man suspected of being former Serbian military commander Ratko Mladic, the highest-ranking war crimes suspect still at large from the Balkan wars of the 1990s, Serbia's B92 radio reported Thursday.

Police are doing DNA tests on the man to determine if he is Mladic, the radio station reported, citing a leading Croatian newspaper. The radio station said it "contacted the police, but was told only that an indentity check and DNA analysis were 'ongoing.'" CNN has not confirmed the report.

Mladic is wanted on charges of genocide, extermination and murder, among other charges, by the International Criminal Tribunal for the former Yugoslavia.