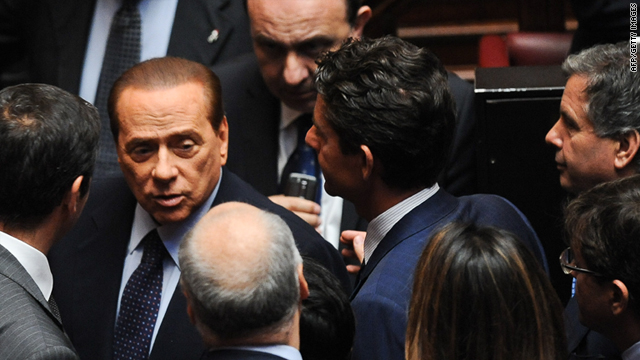 Lawmakers in the lower house of parliament approved the package by a 317 to 293 margin.

The measure -- which aims to boost growth in Italy, particularly in the southern regions -- wasn't a vote of confidence on the Berlusconi government but only on the reform package itself.

The vote shows that Berlusconi has a stronger majority in the lower house than his critics have estimated.

Berlusconi needed 306 votes in today's assembly vote, and he is up to three more votes from the 314 majority that voted for his government in December 14.

Berlusconi has been fighting against declining approval ratings, and his party has had major local election and referendum losses.