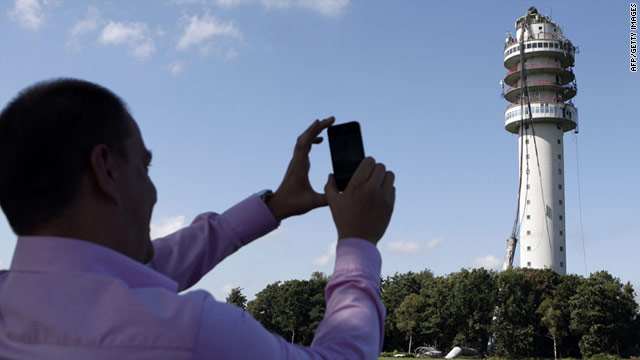 A man takes a photo of the partially destroyed TV tower in Hoogersmilde.
STORY HIGHLIGHTS

(CNN) -- The top part of a burning television tower collapsed in the Netherlands, leaving a trail of thick billowing smoke and fiery flames.

It was unclear what caused the fiery collapse in Hoogersmilde Friday.

The incident disrupted television, radio and mobile phone networks nearby.

Fire crews arrived before the collapse, but moved to a safe distance when they realized they could not extinguish the blaze, Mayor Jan Broerjes said Friday.

No one was injured.

An investigation is under way.