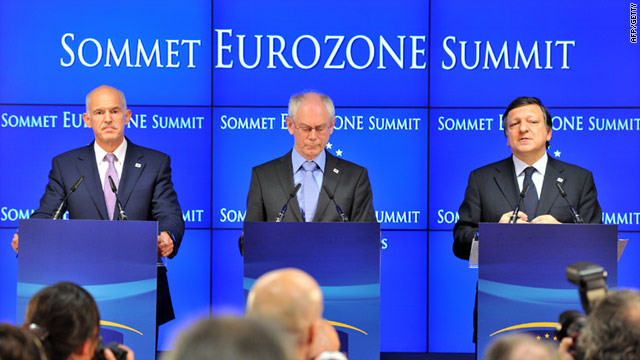 A default on Greek debt instruments was near to certain, Moody's said in an announcement published to its website Monday. But EU bailouts to Greece will likely help the country to stabilize down the road and prevent a default domino effect in the Eurozone, Moody's added.

The agency based the default assessment on the "announced EU program" and a statement on debt reassignment by the Institute of International Finance (IFF), which represents financial institutions.

Under debt reassignment, holders of current bonds would receive new ones in their place. The lower market value of the replacement bonds would account for the investor losses.

The EU bailout to Greece protected all countries holding Europe's common currency the euro, Moody's said, by "containing the severe near-term contagion risk that would likely have followed a disorderly payment default or large haircut on existing Greek debt."

A "haircut" is slang for repaying bondholders less than they were promised when they bought the bonds.

European leaders agreed on Thursday to provide a second bailout package for Greece and drastically expand rescue funds to prevent financial crisis spreading through the eurozone.

European Council president Herman Van Rompuy said the rescue deal would be financed by both the EU and the International Monetary Fund.

But other weaker European economies such as Italy and Spain -- seen as too big to bail out -- could falter, tearing apart the eurozone, and hurting other nations exposed to the debt take.

Greece has been forced to impose harsh austerity measures, provoking violent scenes of protest, in an attempt to cut its debts. Taxes have been raised and public sector jobs cut. It is also selling off numerous assets.