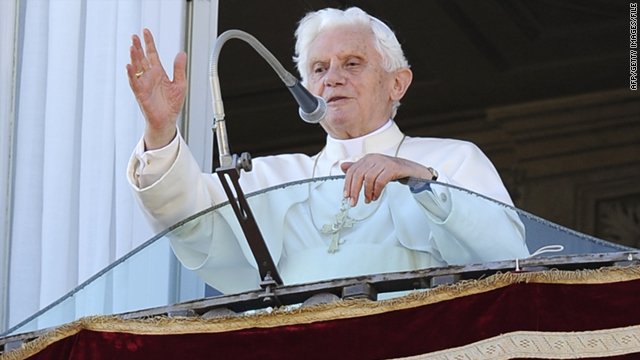 The Vatican has recalled its envoy to Ireland after the Cloyne report revealed child abuse to be an ongoing problem.
STORY HIGHLIGHTS
RELATED TOPICS

(CNN) -- The Vatican on Monday recalled its envoy to Ireland in the wake of a blistering report accusing church leaders of covering up extensive abuse of young people by priests.

Archbishop Giuseppe Leanza was recalled to Rome "for consultations with the (Vatican) Secretariat of State," the official Vatican Information Service said in citing a statement from the Roman Catholic Church's leadership.

The move came in reaction to this month's release of the Cloyne report about "allegations of abuse of minors by clergy ... and, in particular, in the wake of subsequent reactions."

Released July 13, the 421-page report into abuses in the diocese of Cloyne -- near the southern city of Cork -- demolished claims by the Catholic Church in Ireland that policies it put in place in 1996 had enabled it to get a handle on the problem. It details how complaints against 19 clerics in the diocese were dealt with between 1996 and 2009.

It also accused Bishop John Magee, who was responsible for policing abuse in his diocese, of not backing the policy himself and failing to take action against abusers.

The Vatican last week had promised action, with the Rev. Federico Lombardi, director of the Holy See press office, saying in a statement the church "will respond appropriately." He added the Vatican's aim is to promote the protection of children and restore "an atmosphere of trust and collaboration in the Church and in society."

His comments came days after Irish Prime Minister Enda Kenny launched a stinging attack. He claimed that the Cloyne report exposed the Vatican as seeking to frustrate an inquiry into child sex abuse for its own benefit, even after the scandal blew up worldwide.

On listening to the evidence of humiliation and betrayal, Kenny said, "The Vatican's reaction was to parse and analyze it with the gimlet eye of a canon lawyer ... this calculated, withering position being the polar opposite of the radicalism, humility and compassion upon which the Roman Church was founded."

The report exposed "a tale of a frankly brazen disregard for protecting children," the prime minister added, as he praised the courage of the victims of abuse who had spoken out to investigators.

Lombardi responded in a statement saying some criticisms of the Vatican went too far and "demonstrate little awareness of what the Holy See has actually done over the years to help effectively address the problem."

One point of contention is a 1997 letter from the Vatican's envoy to Ireland that warns bishops to follow church law while investigating cases of suspected child sex abuse by priests. The envoy expresses "serious reservations" about requiring that such cases be reported to the police.

That letter, since being revealed recently, has stoked harsh criticism in Ireland. Numerous Irish victims of sexual abuse, for example, wrote collectively in January that they are "disgusted" by the message.

The Vatican, in turn, has called the letter "deeply misunderstood."