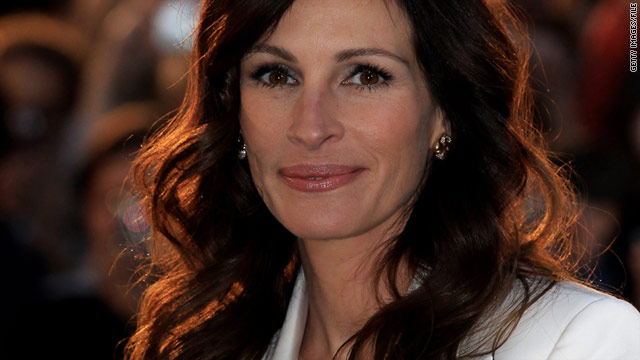 (CNN) -- Make-up advertisements featuring actor Julia Roberts and supermodel Christy Turlington have been banned in the UK because of their controversial use of 'airbrushing'.

Britain's Advertising Standards Agency issued the ban after politician Jo Swinson complained about the two ads, for foundation products made by L'Oreal's Maybelline and Lancôme brands.

L'Oreal admitted the photographs it used had been digitally manipulated and retouched.

But the cosmetics giant claimed they "accurately illustrated" the effects their make-up -- Maybelline's The Eraser anti-ageing foundation and Lancôme's Teint Miracle --could achieve.

The company described the Roberts image -- taken by celebrity photographer Mario Testino -- as an "aspirational picture."

However, the watchdog ruled that the magazine ads were misleading, and exaggerated the ability of the products they were promoting to cover lines, wrinkles and blemishes.

"On the basis of the evidence we had received we could not conclude that the ad image accurately illustrated what effect the product could achieve, and that the image had not been exaggerated by digital post production techniques," the ASA said.

Swinson, who has waged a long-running campaign against the use of "unrealistic" images in fashion and advertising, said it was "shocking" that the ASA had not been allowed to see the original version of the Roberts photograph.

"It shows just how ridiculous things have become when there is such fear over an un-airbrushed photo that even the advertising regulator isn't permitted to see it."

The Scottish MP welcomed the ban, and said it should act as a wake-up call to advertisers, urging them to "get back to reality."

"Pictures of flawless skin and super-slim bodies are all around, but they don't reflect reality," she said. "With one in four people feeling depressed about their body, it's time to consider how these idealised images are distorting our idea of beauty.

"Excessive airbrushing and digital manipulation techniques have become the norm, but both Christy Turlington and Julia Roberts are naturally beautiful women who don't need retouching to look great."

Both Maybelline and Lancôme said they were "disappointed" at the ASA's ruling, insisting that The Eraser and Teint Miracle were scientifically proven, and pointing to consumer tests which showed users were satisfied with their results.

It is not the first time their parent company L'Oreal has fallen foul of Britain's advertising authorities. In 2007, a TV advertisement for its Telescopic mascara -- featuring actor Penelope Cruz -- was criticized for failing to make clear she had been wearing false eyelashes.