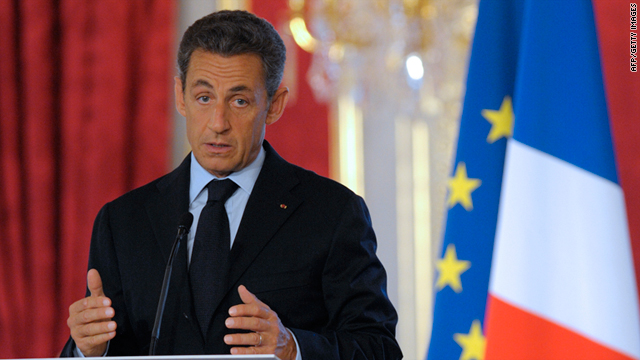 Speaking to French diplomats in Paris, Sarkozy pledged that France and its allies would do everything legally possible to help the Syrian people achieve freedom and democracy.

More than 2,000 people have been killed in Syria since mid-March, the United Nations has said. Al-Assad blames armed gangs for fomenting violence, forcing his government to take action against them.