Help for earthquake victims in Turkey 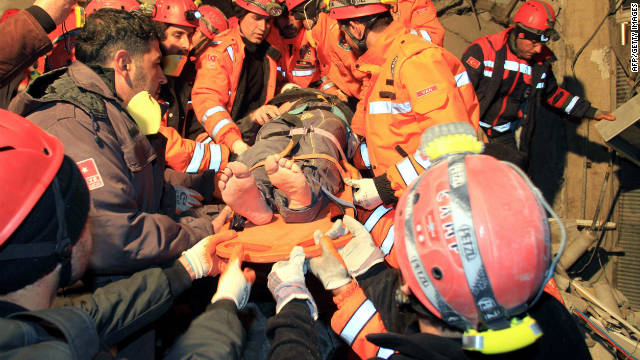 Rescue crews are working to reach dozens trapped beneath the rubble. At least seven people have been killed, officials said.

Twenty-five people have been rescued but more than 100 people are still buried under the debris, according to government officials.

The aftershock caused at least 25 buildings to collapse in Van.

More than 500 people died from the October 23 earthquake but crews were able to rescue at least 231 survivors from the debris.

The devastating quake was the most powerful to hit Turkey in more than a decade. At least 4,100 people were injured and more than 2,000 buildings are in ruins.

International relief organizations are on the ground providing aid, and there are ways you can help.

Turkish Red Crescent is working to assist survivors and reach people trapped in the rubble.

The organization is providing food, water and more than 6,000 tents and 16,000 blankets to help those left homeless by the quake. Other relief items include ovens, heaters, sleeping bags and latrines.

Tent camps have been set up for people whose homes have been destroyed.

To help with relief efforts, donations can be made from various countries to the Disaster Relief Emergency Fund on the International Federation of Red Cross and Red Crescent Societies' website.

ShelterBox is working in conjunction with Turkish Red Crescent to provide shelter to victims of the quake.

The organization offers survivors a disaster relief tent suitable for an extended family, a stove, blankets and a water filtration system to help rebuild their lives in the aftermath of a natural disaster.

Donations can be made from various countries online. Or you can call (941) 907-6036 or text "SHELTER" to 20222 from the United States to make a one-time $10 donation. Donations cannot be accepted for specific disaster response efforts.

The American Jewish Joint Distribution Committee is working with its local partners, including Turkey's Jewish community and the International Blue Crescent, to provide aid for survivors of the quake, especially in the hardest-hit Van Province. The organization will be distributing heaters to quake victims on the ground.

Operation Blessing International is working with a German-based Humedica medical team to help survivors at a field hospital in a local gym in Ercis. Both organizations are working with Turkish government medical teams to help victims.

OBI distributed two truckloads of bottled water, 3,500 ready-to-eat meals, diaper kits and other materials to a camp with some 170 displaced families.

Relief International set up a fund to help children who lost their parents in the earthquake. Go online to make a donation to the Fund for Orphans of Turkey Earthquake.