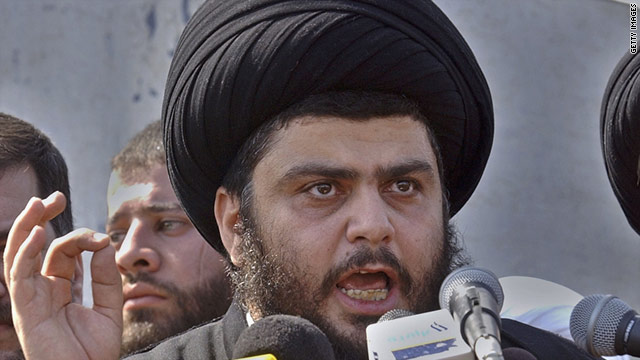 Baghdad (CNN) -- Radical Iraqi cleric Muqtada al-Sadr has returned to the country after more than three years in Iran, according to Iraqi state television and websites maintained by al-Sadr's followers.

The Shiite cleric has been in Iran since early 2007, apart from a public appearance in Iraq in May 2007.

He has been studying in the Iranian city of Qom to become an ayatollah, the title given to high-ranking Shiite Muslim religious scholars.

Al-Sadr commanded one of Iraq's most formidable private armies after the fall of Saddam Hussein, which contributed to violence and instability in the country for several years.

The Sadr movement emerged as one of the kingmakers in Iraqi politics in March, when it won 39 parliamentary seats. The bloc's support played a major role in al-Maliki getting his second term in office.