Report: Iran says it can create its own nuclear fuel plates, rods 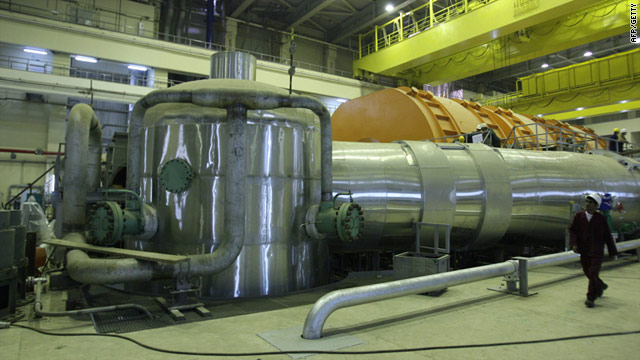 (CNN) -- Iran can now make its own nuclear fuel plates and rods, spurred in part by the West's behavior, the country's atomic chief and acting foreign minister told the nation's media.

"We set up an advanced facility in Isfahan to manufacture fuel plates," Ali Akbar Salehi told the semiofficial Fars News Agency. "There was a massive development in the field of (nuclear) fuel rods and plates. With the completion of this facility in Isfahan we are now among the few countries that manufacture both the (nuclear) fuel rod and plate. In fact, it was the West's (negative) behavior that facilitated our successes."

Salehi told state media in December that Iran was able to produce everything it needs for the nuclear fuel cycle, making its nuclear program self-sufficient. But it was not clear that Tehran actually had the technology to turn enriched uranium into fuel rods to run a nuclear reactor.

"Once, about two years ago, we requested (nuclear) fuel. We never thought that one day we have to enter the field of producing 20% enriched uranium, but they forced us to show our capabilities to the whole world and even produce 20% enriched fuel despite the fact that they kept insisting that Iran lacked the capability," Salehi said. "But with God's help we showed that we can do whatever we decide to do."

The United States and its allies have feared that Iran is trying to produce a nuclear bomb, but Iran has denied it.

"Whatever we say is based on the truth and reality," Salehi told Fars. "We do not exaggerate or try to deceive. It is they who do not want to believe that Iran has but one motive, and that is to achieve nuclear technology for peaceful purposes only."

Salehi told the agency that Iran has produced close to 40 kilograms (88 pounds) of 20% enriched uranium and hopes to inject the first batch of the domestically produced uranium into a Tehran research reactor "by the middle of next year." The Iranian year begins March 22.

Regarding Iran's invitation to a number of countries and groups to visit certain nuclear facilities next weekend, Salehi told Fars, "We generally invite organizations and international groups. The details will be given out later by the foreign ministry."