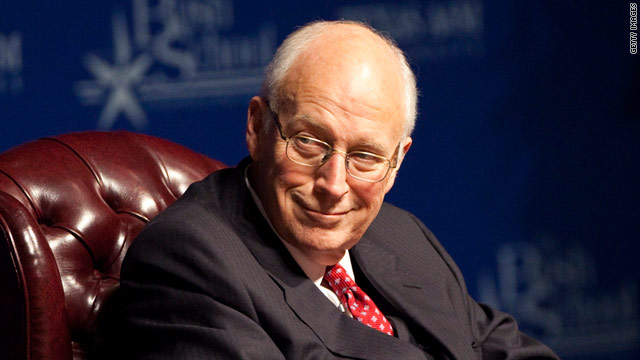 (CNN) -- Former Vice President Dick Cheney said Egyptian President Hosni Mubarak is a good friend and U.S. ally, but declined to predict whether the embattled leader would heed protesters' calls to step down.

Protesters have pledged to stay on the streets of Egyptian cities until Hosni Mubarak relinquishes power. Mubarak, who has led the north African nation for three decades, has said he will stay in power until September, and will not run for re-election.

Cheney said the Egyptian leader should be treated with respect.

US envoy: Mubarak should stay, for now

"He has been a good man, a good friend and ally to the United States," Cheney said. "We need to remember that."

The former vice president declined to predict whether Mubarak would step down.

"I don't want to make a prediction because I don't know," Cheney said. "But I also think there comes a time for everybody when it's time to hang it up and move on and someone else will take over."

Massive demonstrations have been held in Egyptian cities since January 25 to demand an end to Mubarak's rule.

Cheney said Egyptians will decide his fate as leader.

"In the end, whatever comes next in Egypt is going to be determined by the people of Egypt," he said.