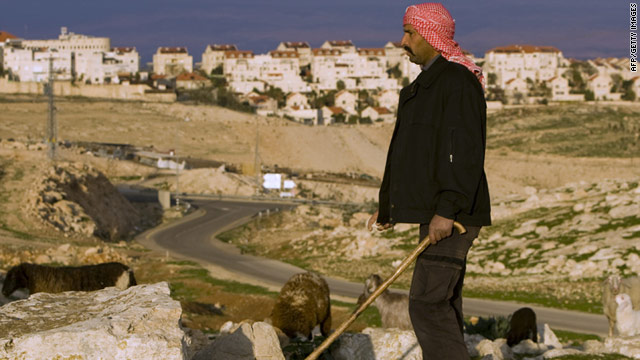 Jerusalem (CNN) -- As the United Nations was preparing Friday to debate a resolution branding Israeli settlement activity in the West Bank as illegal, Palestinian officials called Obama administration efforts to head off the vote as evidence that American policy is "biased" and "seriously wrong."

"This is a moment of truth because very clearly the Americans so far have placed their strategic alliance with Israel and the legal cover for Israeli violations above their own interests," said veteran Palestinian legislator and PLO executive committee member Hanan Ashrawi.

"The Americans have very clearly demonstrated to Palestinians, to Arab public opinion, and to world public opinion that they are biased to the point of destruction," Ashrawi told CNN, echoing an argument made by many Palestinian officials.

The resolution being brought to the Security Council by the Palestinians and other Arab states presents a political dilemma for the White House as it tries to navigate policy in a quickly evolving Middle East region.

The Obama administration has been critical of Israeli settlement construction in the past, but has not gone as far as to call it "illegal" and anything short of an American veto of the resolution is bound to deepen tensions with Israel and stir up considerable congressional opposition.

On Friday, the U.S. vetoed Friday the resolution. The U.S. ambassador to the United Nations, Susan Rice, said the United States agrees about "the folly" of continued Israeli settlement activity, but "we think it unwise for this council to attempt to resolve the core issues that divide" Israelis and Palestinians.

The previous day, White House spokesman Jay Carney said the U.S. does "not accept the legitimacy of continued settlement activity" and that it is "corrosive not only to peace efforts and a two-state solution, but to Israel's future itself."

Other ideas included stronger future statements from the international peace group known as the Quartet, and the possibility of a Security Council fact finding mission to the region.

After the call, Abbas called an emergency Friday meeting of the PLO executive committee to discuss the issue but early indications suggest that the Palestinians will not agree to shelf the resolution.

"If they keep trying to manipulate and water down a resolution to become a statement, and they start selling us used goods again it's not going to work," Ashrawi said. "The legitimacy and strength of any leadership comes from the people not from American approval or disapproval and the Americans

Since the breakdown of American-brokered talks with Israel in September over the issue of settlements, the Palestinian Authority has been pursuing a policy aimed at unilaterally declaring a Palestinian state by September based on borders from 1967 and in recent months has won recognition from a number of South American countries.

Both United States and Israel oppose the unilateral efforts insisting that all issues in the conflict must be dealt with through direct negotiations.

Sabri Saidam, a senior official in Abbas' Fatah party, said Palestinians were determined to press ahead with the resolution and said the administration needed to adapt to changing regional circumstances.