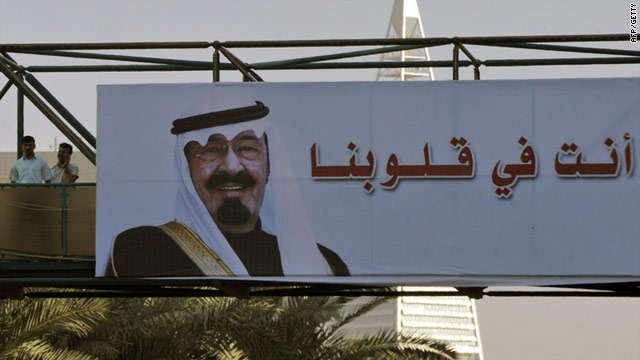 (CNN) -- Hundreds turned out in two Saudi Arabian cities Friday to protest on what had been billed as a "day of rage," according to activists, though a planned demonstration in the Middle Eastern nation's capital failed to materialize.

The protests -- both made up largely of Shiite Muslims calling for the release of Shiite prisoners -- occurred despite a Saudi government ban on all kinds of public demonstrations.

Demonstrators in Hofuf, a city about 300 kilometers (185 miles) east of the Saudi capital of Riyadh, began their march after Friday prayers, two activists told CNN . They asked not to be identified because of security concerns and fear of reprisals.

The streets of Qatif, a predominantly Shiite city in eastern Saudi Arabia where several protests have taken place in recent days, were quiet early Friday.

Ibrahim al-Mugaiteeb, a Saudi human rights activist, told CNN that he saw "no people in the streets and virtually no security presence."

But by Friday night, about 200 people were out demonstrating near Qatif, according to a Shiite activist. Saudi security forces were out and observed them, but there were no apparent arrests as the march ended peacefully.

In the Saudi capital, Mohammed al-Qahtani, who heads the Saudi Civil and Political Rights Association, told CNN that authorities had set up checkpoints on roads leading to the planned staging ground north of Riyadh near a courthouse.

"So far, I'm seeing no protesters out there," he said earlier Friday.

These demonstrations came a day after more than 100 people had gathered in Qatif, according to two witnesses and an activist.

At some point, the witnesses said, Saudi security forces shot to disperse the crowd. It was unknown if the forces fired rubber bullets or more lethal ammunition. Those injured were taken to Qatif Central Hospital for treatment, the activist and witnesses said.

A human rights group in Saudi Arabia condemned the action, calling the use of force by police "deplorable."

"(The group) condemns, with the loudest and clearest words, the use of all kinds of force to disperse demonstrators particularly when live ammunition was used last night against the demonstrators in Qatif," the Human Rights First Society said in a statement released Friday.

Last week, about 24 protesters were detained in Qatif as they denounced "the prolonged detention" of nine Shiite prisoners held without trial for more than 14 years, Amnesty International said.

The protests in Saudi Arabia come as unrest brews in parts of the Middle East and North Africa and has caused major changes in places like Egypt and Tunisia. Some in the majority Sunni kingdom have followed similar demands across the Arab world for more freedom and democracy.

Still, one expert said he would be surprised if the demonstrations gained traction among the Saudi majority, noting that there does not appear to a high level of animosity toward the nation's rulers as there are in other countries.

"The big difference is that people in Saudi Arabia don't want a revolution to happen -- they just want more reforms and liberalization," said Christopher Boucek, a Saudi expert with the Carnegie Endowment for International Peace think tank.

"I really think the vast majority of the people there, no matter what they think of the government, they probably like the King," he added. "King Abdullah is still very popular."