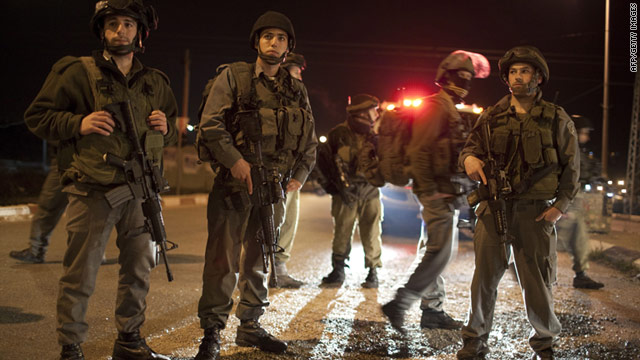 Israeli soldiers block the road in the Hawara checkpoint near the West Bank city of Nablus on Saturday, March 12.
STORY HIGHLIGHTS
RELATED TOPICS