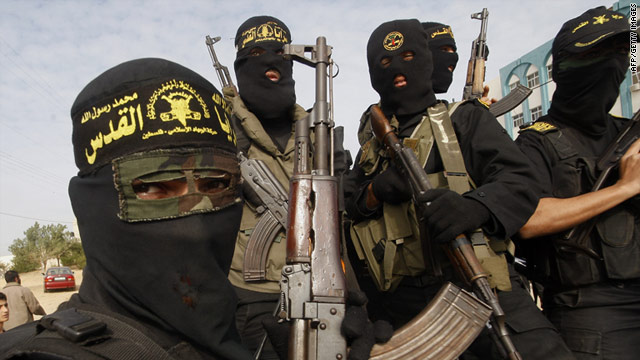 Jerusalem (CNN) -- Israeli commandos intercepted a ship in the Mediterranean Sea Tuesday and found weapons bound for Gaza militants, according to the Israeli government.

Israeli Prime Minister Benjamin Netanyahu said the weapons came from Iran. He insisted the cargo vessel was overtaken in accordance with international conventions, and said he gave the order to board the ship on the "solid basis" that the arms on the ship that were "meant to target Israel."

The cargo vessel "Victoria" -- flying under a Liberian flag -- was stopped about 200 miles west of Israel's coast. The vessel was on its way from the port of Mircin in Turkey to the port of Alexandria in Egypt.

The Israel Defense Forces said that according to ship documents and information gathered from the crew the vessel initially departed from Lattakia in Syria and then proceeded to Mersin in Turkey. Turkey had no connection to the incident, the IDF said.

The IDF said the ship interception is part of the Israeli Navy's routine activity to maintain security and prevent arms-smuggling, efforts to keep weapons from being transported to anti-Israeli militants in the Palestinian territory of Gaza.

Israel's military "acted in order to defend the security of the country," Defense Minister Ehud Barak said. "The attempt to smuggle weaponry to Gaza shows that radical elements are continuing in their attempts to attack Israel and undermine regional stability."

The IDF said the crew didn't resist the commandos and the vessel was being led to the Israeli port of Ashdod for inspection.